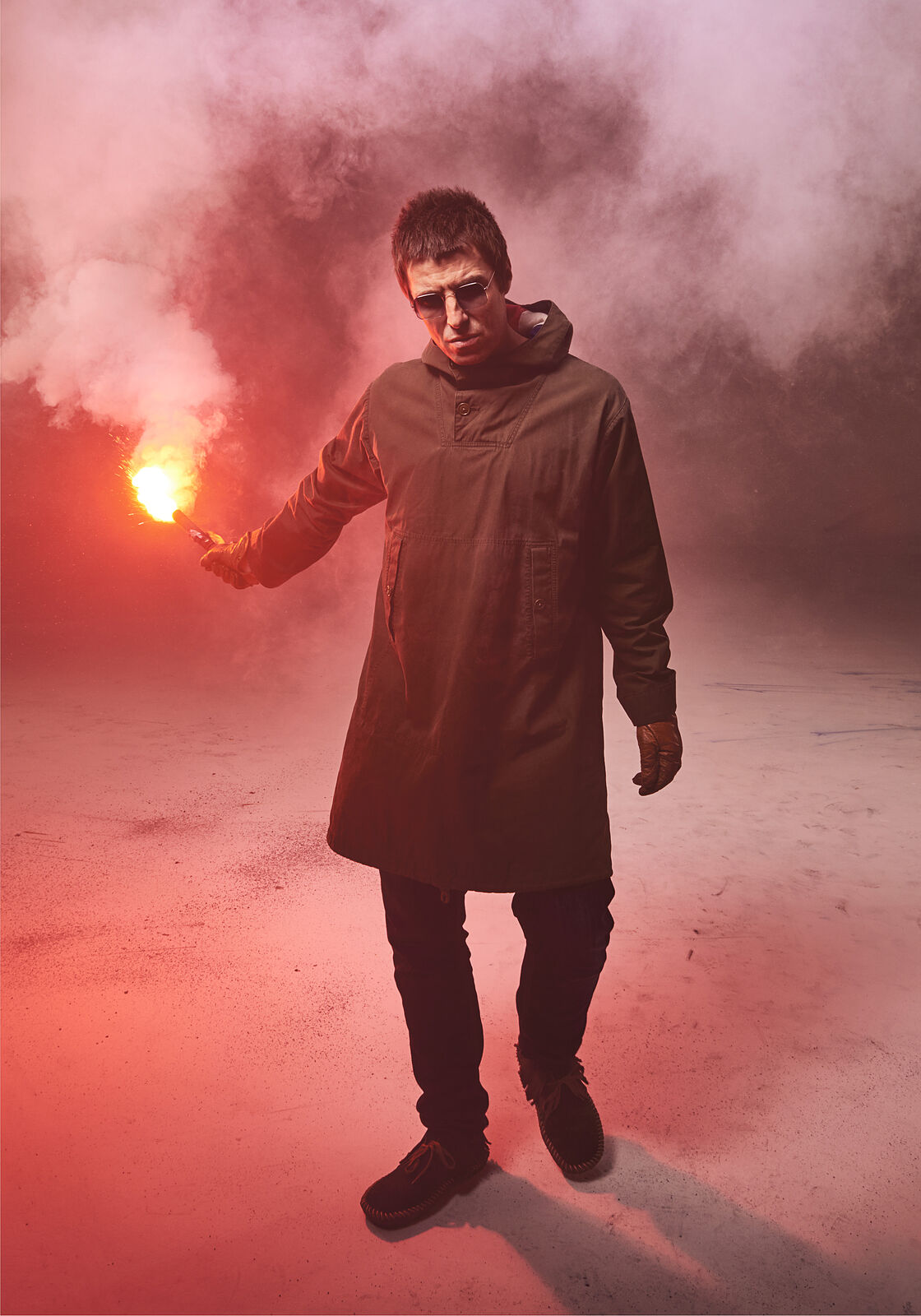 Total amount of prints in this Edition: 20 + 2 Artist Proofs

He epitomises what so many dream to be, he’s got the swagger, attitude and the ability to stir things up… And he does!

He’s irrepressible and to say he has talent is a tame and lame way to put it missing the whole point of Rock ’n’ Roll, he simply has … IT!!

When Liam walks in the room you know about it.

This shot shows a trailblazer, a man returning to the fray with intention, he’s walking right back into the thick of it.

At the time of this shoot Liam was preparing to launch his first solo album, As You Were, the album sold more units in the first week than the rest of the top 20 acts in the charts combined. It is a long and winding road from Burnage into and out of Oasis but Liam is back, he has returned a peoples hero…

This is a new edition print made for this collection.