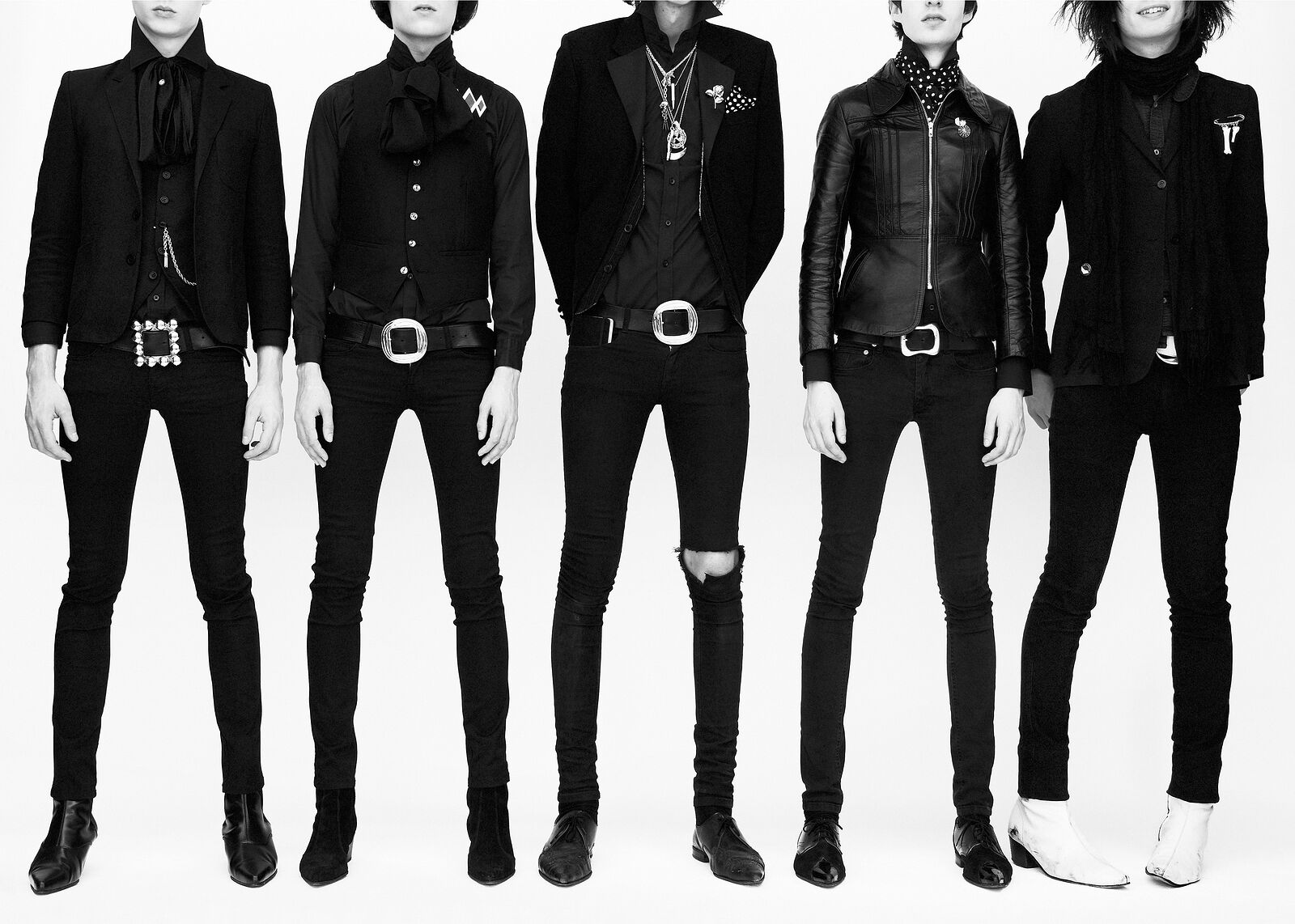 Total amount of prints in this Edition: 20 + 2 Artists proofs

The Horrors, such a sound, such a look! Following the tradition of gritty music to emerge from the Thames Delta as some like to refer to it. This 5 piece band of super slim sartorially splendid guys came together through the social circles of the infamous Junk Club in Southend-on-Sea. This club night was the monthly haunt of kids on the periphery of culture in the area from around 2001-6 It was a pretty wild place and gained notoriety, several international publications picked up on it, NME, Dazed & Confused, ID, Rolling Stone, Guardian and Vogue all ran stories. Junk spawned several great bands but it was The Horrors who became the biggest exponent from the Southend Scene as it became known.
One Parisian fashion house was so taken by their style that they made collections with direct influence from The Horrors self styled look. There’s was such a strong and captivating appearance stark tight and sharp clothing combined with their physical shape they became instantly recognisable. Their music being great too, from the raw garage goth psyche sound of the early days to the mellowed hypnotic later sound with it’s psychedelic overtones... Those early days though…Wow they were pure spiky magic!