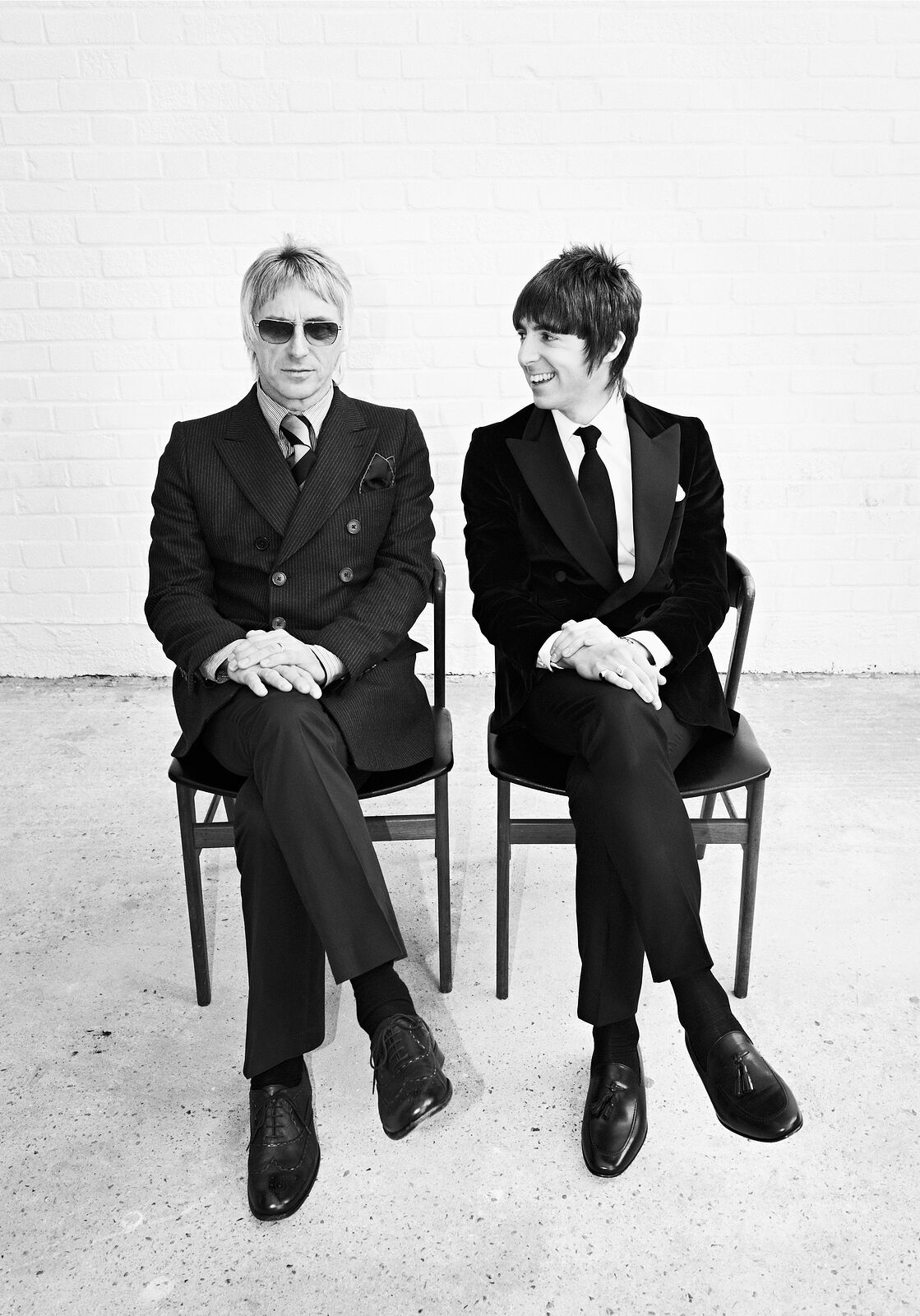 Total amount of prints in this Edition: 20 + 2 Artist Proofs

Meeting your hero can sometimes be a dangerous thing, what if they don’t live up to your expectations?.. What if they are off with you, dreams could be shattered.

When Miles, who's a big Weller fan met Paul for this shoot there was nothing to worry about on that front though as there was friendship, mutual admiration and the upmost respect in the air.

Like Miles, Paul’s music, style and attitude have had a profound effect on me through the years. I was lucky enough to see The Jam live back in the 1980’s and I was and am still into the whole ‘Mod-ernist’ thing so through the decades I have kept up with Paul’s musical journey and I’m very pleased to say I’ve had the pleasure to work with him several times since 2008.

I first met Miles in East London on a shoot for the NME with Alex Tuner. The session was announcing their collaboration The Last Shadow Puppets, we got on well, we’ve done a few shoots over time and it’s always a good to catch up, he’s such a nice guy.

They say the devil is in the detail, this composition, balance and the subtle exchange says a lot to me, I hope it does to you too.